Tonights project was from a book I’m reading called “The Oxford Solid State Basics”. In the problem you were supposed to calculate and plot the ionization energy for atoms from hydrogen to Manganese.

The code can be found here: 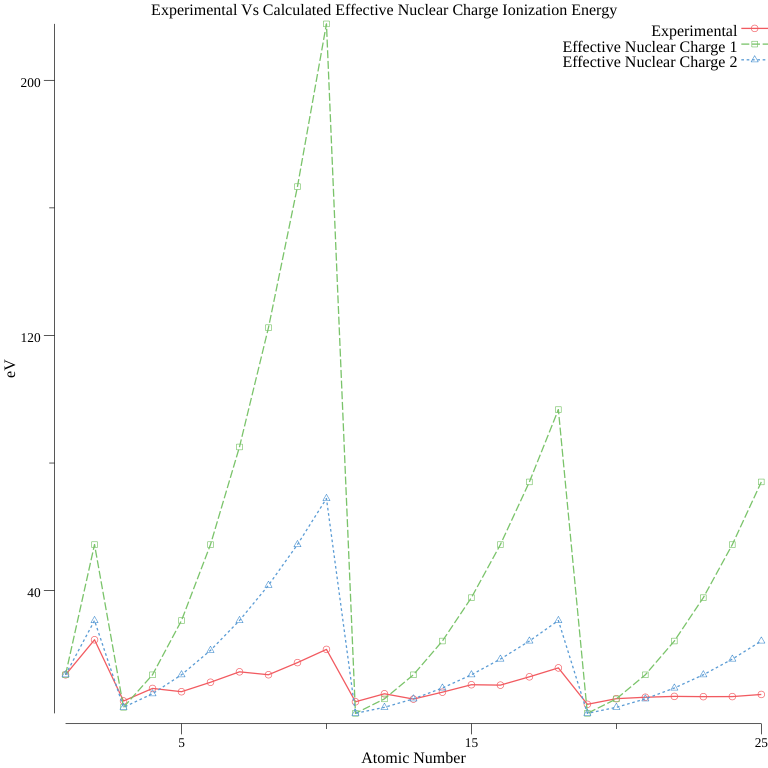 It turns out the calculated ionization energies had the same shape, but overshot the experimental values by quite a bit.

This can be explained by the fact that the inner electrons sort of “shield” the external electrons.

So if we wanted to ionize an electron from an atom, it’d much simpler to pull one of the electrons off the fat atoms (left) than one of the skinner atoms (right).

To model the ionization energy, the book recommended using the hydrogen model with effective charge Z.

This makes sense because we modeled the hydrogen atom using the Coloumb potental. So instead of just one electron and one proton, we can say one electron and “effective nuclear charge” protons.

I found this in my trusty Griffiths book:

To calculate the Z two different naive approaches were used:

It was a fun evening project, but I don’t see myself continuing the project.

If I do, I learned while researching that there’s a set of rules called “Slater’s Rules” for calculating Effective Nuclear Charge that would probably give better results.